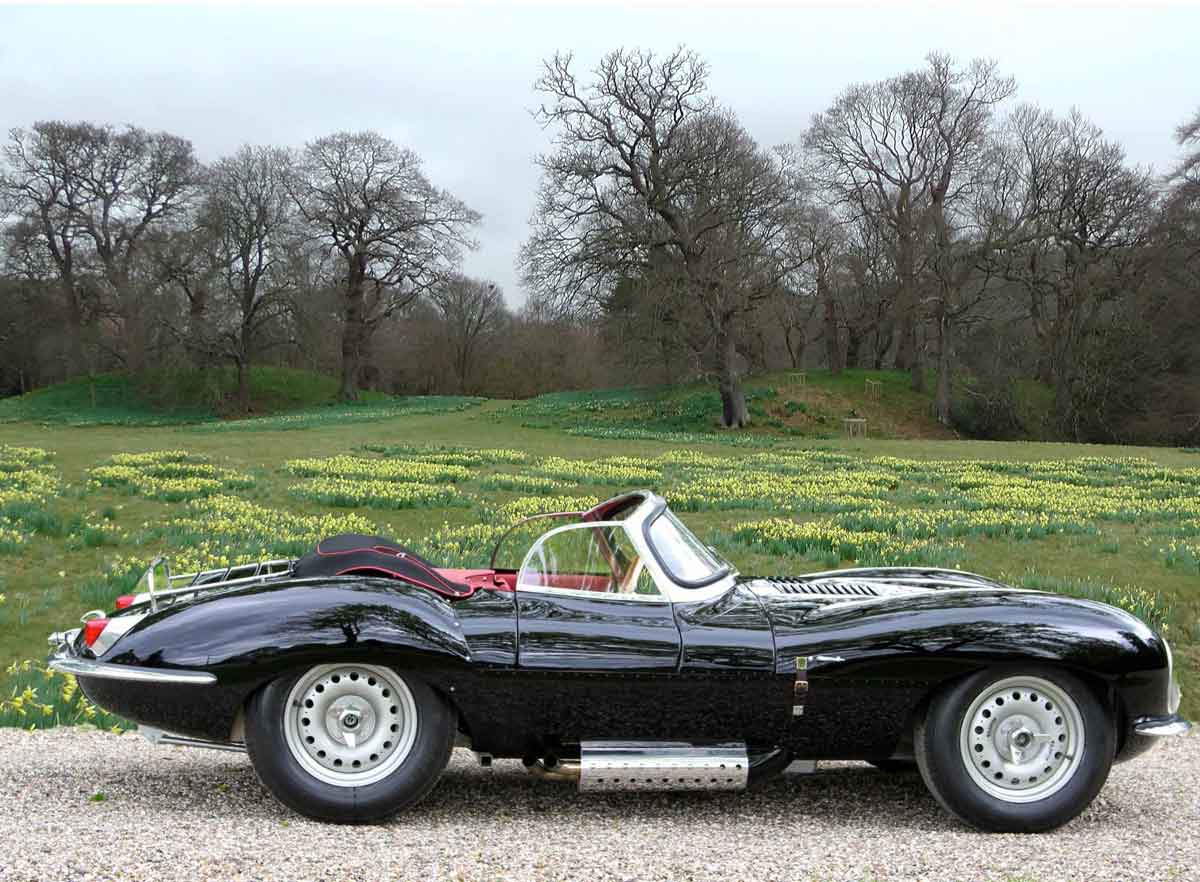 The Jaguar D Type had been a true race bred car with, it seemed at the time, a good future ahead of it but a change in the rules at Le Mans meant that there was no longer any point to it. The problem was that Jaguar was left with 25 part built cars, into which they had invested a great deal of money, so what should they do with them? The answer was to convert them into road going cars.

That was the plan anyway; but then disaster struck. On the 12th February 1957 a fire broke out at the factory; amongst the scores of cars that were destroyed were nine of the D types. However the remaining 16 were converted for road use by giving them a proper windscreen, side screens, bumpers, and a new rear end without the high tail fin of the D type. A front passenger seat and door were added. A fabric roof, of sorts, was fitted. The new car was christened the XKSS.

OK it was now (just) a street legal road car; but at heart it was still a lightweight but powerful race bred car with, at the time, phenomenal performance. Hardly surprisingly all 16 cars were sold very quickly, most of them to buyers in the United States. Possibly the most famous of the buyers was the actor Steve McQueen; he resold it in 1969 but missed it so much he bought the same car back again in 1977 and kept it for the rest of his life.

This was not the end of the story however. Fast forward to 2016 and Jaguar announced that they were going to build the remaining nine XKSS cars out of the originally planned 25, to exactly identical specifications. Everything from the wooden steering wheel and the type of leather on the seats, to the magnesium alloy body and D-type engine was faithfully reproduced. They all sold very quickly for prices in excess of a million pounds each. What an original XKSS would fetch at auction can only be imagined at.