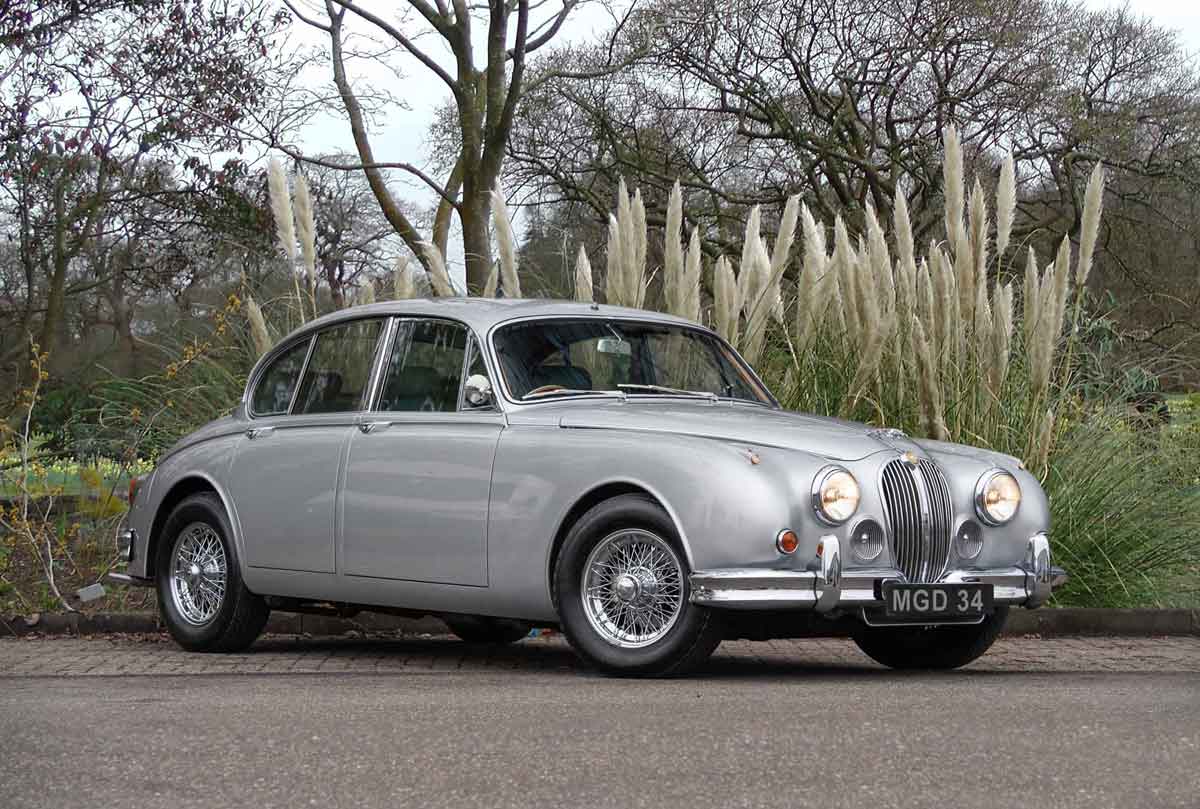 Mention Jaguar cars to anyone in Britain born after World War II and there are probably only two of them that immediately spring to mind; the E-type, more of which later, and the Mark Two. This was the car that you bought when you really had arrived.

Sir William Lyons, the early guiding hand behind Jaguar, had always said that his cars had to have grace, space and pace. This had them all in abundance.

Engine choices were all variants of the venerable straight six cylinder XK engine with choices of 2.4, 3.4 and 3.8 litres. It was big and comfortable but despite this it handled very well; in fact with a combination of a powerful 3.8 litre engine and precise steering it very quickly became the car of choice for both gangsters who occasionally needed a very swift getaway, and police forces that needed a car capable of catching them! Televised 1960s police chases invariably involved two Mark Twos, one packed with robbers and the other with police officers, hurtling through the streets; simply because it was unimaginable that any other cars were capable of such speed, confident handling and reliability. It's ability to gobble up miles effortlessly also made it a very popular motorway patrol car.

This car had a monocoque construction; in other words the body and the floorpan were all in one piece; which gave the advantage of allowing extra room inside, against the disadvantage of more areas of metal that could rust, the curse of many cars during the 1960s. The Mark Two has retained its popularity since even a fairly old one can look very smart and still give a good performance but corrosion can be very expensive to put right particularly to the floor pans and wings, as many a hapless new owner has found out!

For a medium-sized luxury saloon, the Mark Two was reasonably priced, and between it being introduced in 1959 and sales ending in 1967 nearly 90,000 of them were sold. What probably helped was it's popularity with fictional characters; the rather spivvy Joey Boswell in the TV series Bread found that it matched his image perfectly, whilst the ever popular Inspector Morse drove one in the series of the same name. The car he drove was eventually sold after a rebuild for a hundred thousand pounds; without that history (and perhaps even with it, still) it would have been worth a fraction of that.

In an age when so many cars look the same as each other a Mark 2 Jaguar is, unmistakaby, a Jaguar.