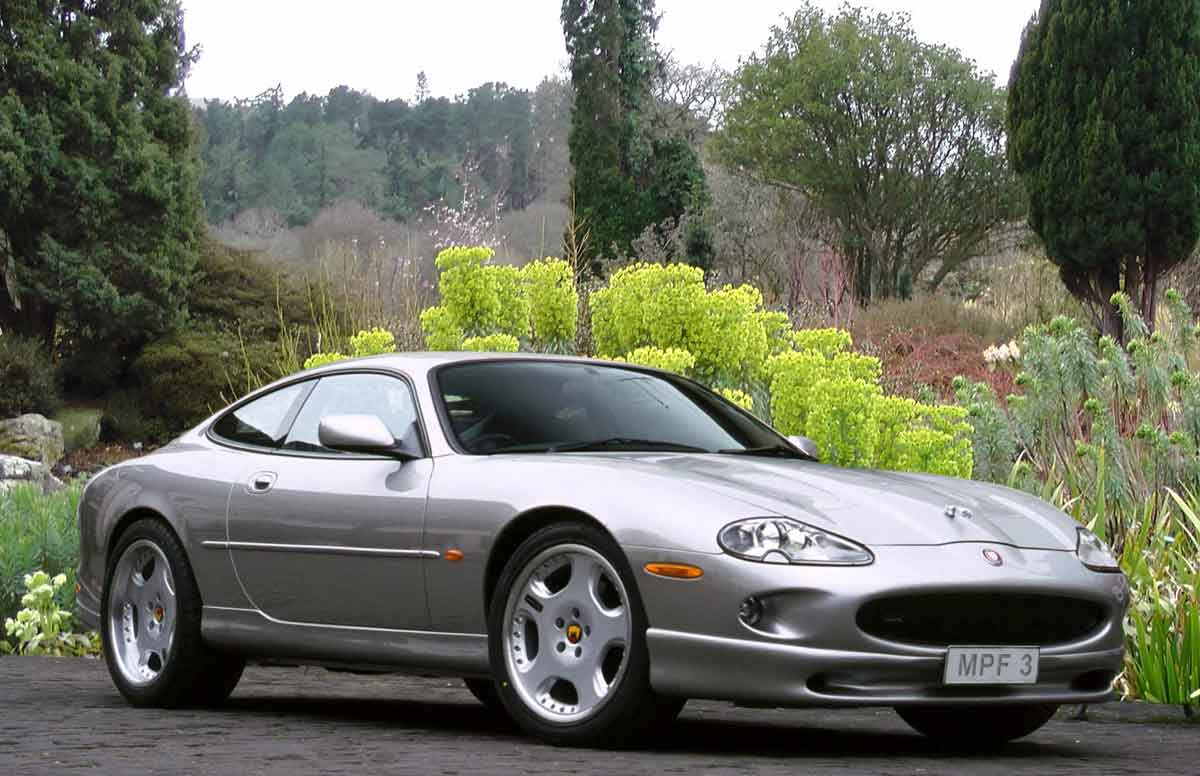 Back in the days when Jaguar was owned by British Leyland their XJ-S was a pretty awful car. When Ford took over quality control improved dramatically and the renamed XJS (they dropped the hyphen) staggered on for a lot longer than it really should have done but by 1996 a completely new 2+2 coupe, the XK8, was ready for the market.

It was promoted as a successor to the venerable E-type and at one stage the company considered calling it the F type - a name that only came into use more than two decades later; but they didn't want it confused with the MGF so XK8 it was going to be.

Initially a number of diehard Jaguar fans sniffed at it; some complained that it simply didn't look feline enough to be a Jaguar, that the wheels were too big, that it should have sat much lower on the road. They looked at the fact that Ford had been involved in it's manufacture and questioned whether this was just a tarted up saloon car. Yes, like just about every other car parts had been sourced from several different manufacturers; for example the air-conditioning system came from Japan, and the electronics for the folding top of the convertible, that was to be introduced later, was German; but the fact was that the only Ford part in the entire car was a tiny microchip in the ignition key! Ford supplied the money, Jaguar designed and built the car.

Was it really the next E-type though? Apart from a grill which was definitely reminiscent of that much loved motoring icon, and the almost obligatory 'power bulge' on the bonnet, this was a different type of animal altogether. Whereas the E-type was a car that appealed to younger drivers under the age of 30, with it's sheer sexiness and raw power balanced by a noisy engine and a lack of comfort the XK8 was built to appeal more to an older generation.

Yes it had power aplenty from it's four litre V8 engine, which pumped out 290 brake horsepower and could propel the car to 155 mph, and nought to 60 in 6.5 seconds; but it was infinitely more refined. The comfort level was extremely high, the ride was smooth regardless of weather conditions thanks to advanced traction control and anti-lock braking. Gone was the traditional Jaguar roar; engine noise was considerably muted and the loudest noise that drivers and passengers could hear under anything other than heavy throttle came from the tyres. This was a grand tourer designed for people who wanted to get to their destinations in comfort, rather than just quickly.

Was it successful? During a nine-year production run Jaguar sold just over 90,000 of them which made it the bestselling sports car – if it can truly be called a sports car – in Jaguar's history.