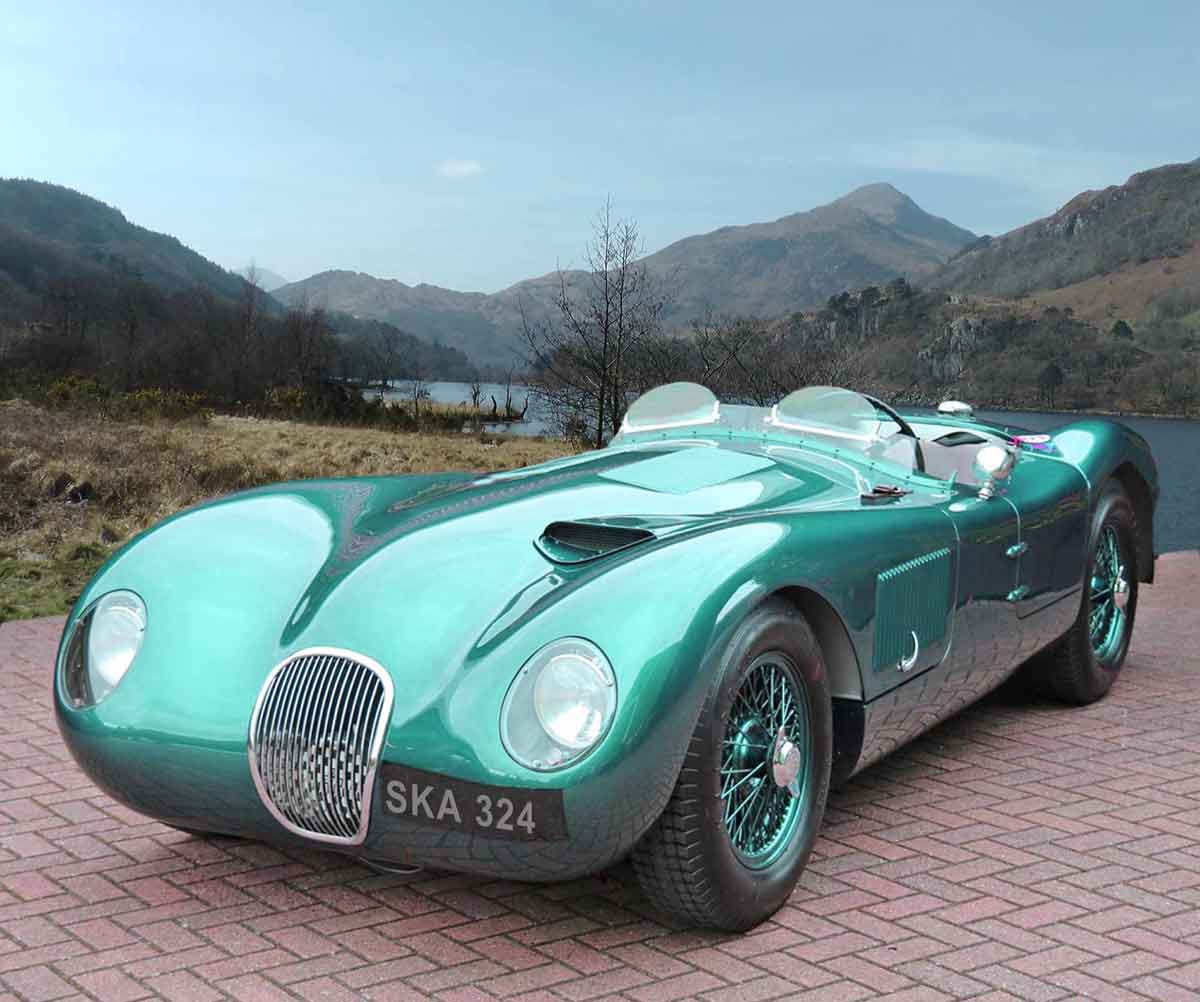 Racing was always considered to be the best way of advertising a car. William Lyons had his eye firmly set on a win at the Le Mans 24 hour race. He and the rest of Jaguar's management felt that the XK120 only needed to lose a little weight and to squeeze a little more power out of their magnificent engine and so the C-type (the 'C' was for 'competition') was launched in 1951.

They took the running gear of an XK120, mounted it on a lightweight tubular frame and added a gorgeous streamlined aluminium body. Anything else that had any weight within it whatsoever, which wasn't essential, was discarded right down to exterior door handles! More than 1000 lbs of weight were got rid of and the engine was given more poke with improved carburation and high lift cams. The result was a winner.

In 1951 three cars were entered for the first crack at Le Mans. Two of them didn't finish because of oil pressure problems; a relatively unknown young Stirling Moss was one of the disappointed drivers; but the third one driven by Jaguar team members Peter Whitehead and Peter Walker took the chequered flag.

in 1952 alterations to the bodywork to make it more streamlined were not successful;there was not enough air getting through to cool the engine, which subsequently overheated. However there was still more weight to be pared from the car and more power to be squeezed out of the engine so by the time of the Le Mans race of 1953 the C-Type was an even faster car and this time it not only took the honours again, but this time became the first car in history to manage that at an average speed in excess of 100 mph; 105.85 mph to be precise, which it managed on average for 24 hours; ample proof of the reliability of the XK engine. The car dominated the race: C-Types came in 1st, 2nd, 4th and 9th. An incredible achievement.

Yes the car was street legal but only just. Around 54 of them were produced between 1951 and 1953; again most of them went for export to the United States of America. Some of them were still being raced up to 50 years later, others provided their lucky owners with not only a stylish and powerful means of transport but a fast appreciating asset as well. A good example sold in 2006 for just short of a million pounds.