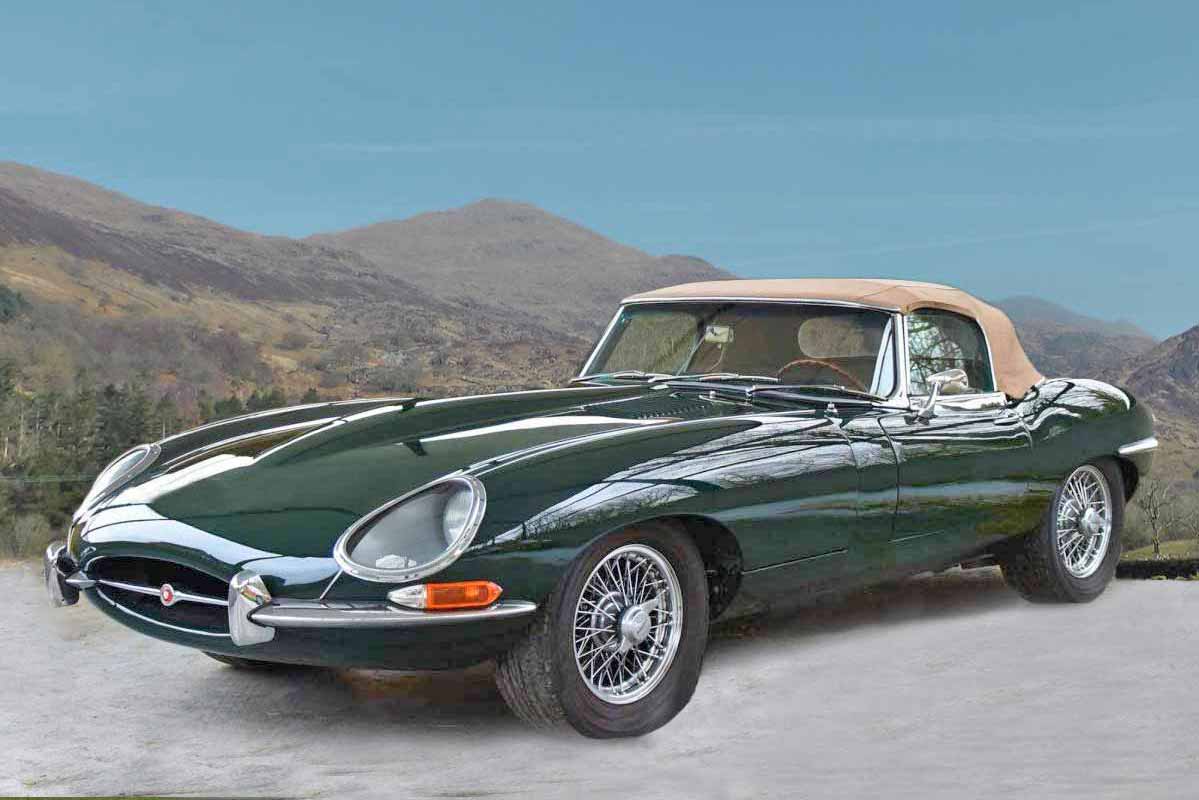 The E-type Jaguar is one of the sexiest and most desirable cars ever produced. And yet, towards the end of it's production run, the last remaining models were very difficult to sell.

It started off wonderfully. Based on the D-Type it oozed true racing pedigree. With a 3.8 litre straight six cylinder XK engine, it could top 150 mph and rocket from nought to 60 in just 7.6 seconds. Even Enzo Ferrari called it the most beautiful car ever made. And this was at a very very reasonable price indeed, at around £2100, including purchase tax, for the open two seater.

Buyers could choose from a fixed head coupe, an open two seater or, a few years later, a 2+2 with a slightly longer wheelbase. There were no speed limits in Britain in those days; the prospects of showing off in a car capable of a 150 mph in such a beautiful machine was tempting indeed for many a young and upwardly mobile (usually male) driver.

They couldn't have timed it's arrival better. It was launched in 1961; initially for export only; just as the 'swinging sixties' were starting and a lot of people had the money to spend to buy one. A waiting list developed for the Mark 1 on both sides of the Atlantic almost immediately. In 1964 engine capacity was increased from 3.8 litres to 4.2 litres. This didn't really affect either top speed or acceleration but it gave it more low down torque; in other words the throttle was more responsive at lower speeds.

It wasn't perfect by any means; the gearchange was a bit clunky, the cabin was cramped and legroom was generally insufficient but overall this was a slinky, exciting car which owners were justifiably proud of being seen in. The problem was that from then on it was downhill all the way.

The problem came in the form of American safety regulations. The American market was very important to Jaguar and if they wanted to continue to sell cars there they had to make them safer, and reduce harmful emissions. Safety features added weight and changed the appearance of the car; reducing emissions meant de – tuning and losing power. Over the years the E-type got gradually stodgier; and times were changing. People wanted more comfortable cars and performance figures for even more mundane ones were constantly improving. The E-type had had it's day.

Between 1961 and 1975 more than 70,000 E-type Jags were sold. If you fancy buying one now the Series 1 Models are not only the most expensive ones, but they hold their values better as well; Series 2 and Series 3 are cheaper, and less of a long-term investment. They just aren't as sexy.