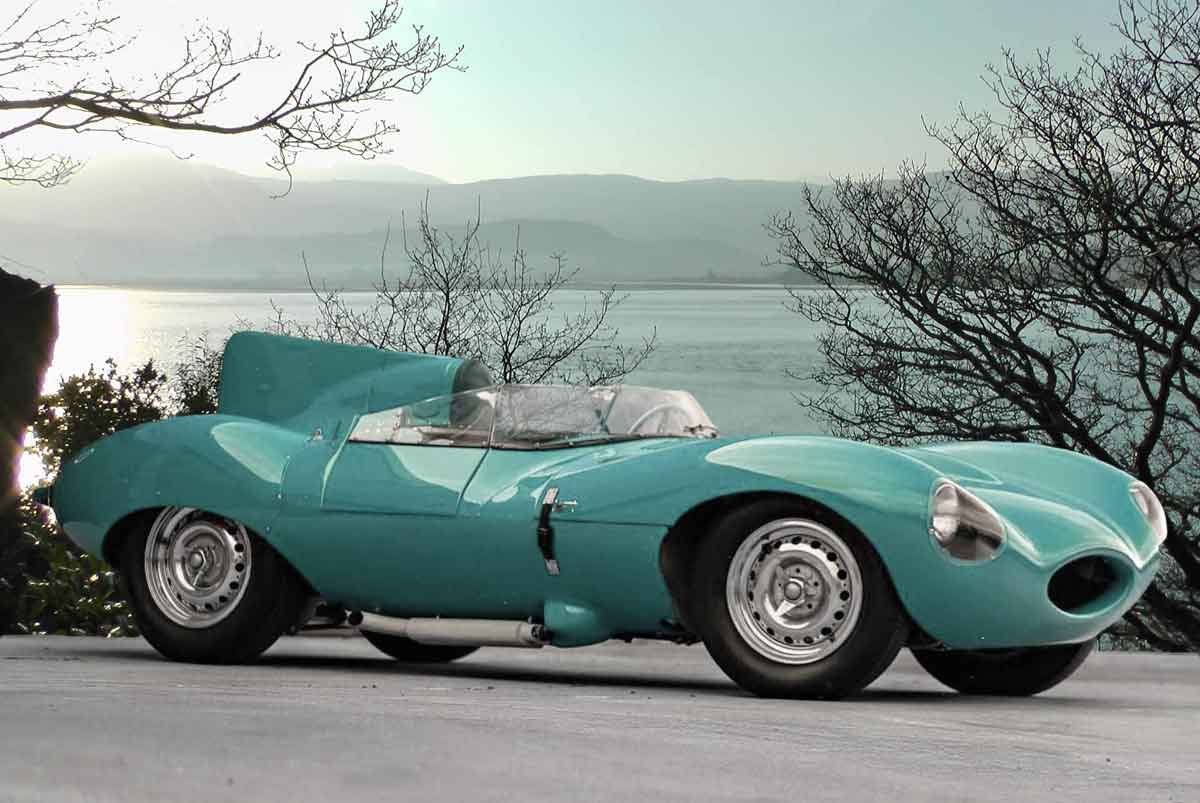 Successes at the Le Mans 24 hours race gave Jaguar valuable publicity but the competition were not standing still; Ferrari and Mercedes-Benz were expected to put up a really strong challenge in 1954 so it was time for a new car. This was to be the D Type.

Aerodynamist Malcolm Sayer, who had extensive aircraft design experience, was brought in to help design the car and make it as efficient at cutting through the air as was possible. The result was a car which was arguably one of the world's all-time most successful racing cars, although not always driven by Jaguar's racing team.

Indeed it may have had many of the mechanical components, including the straight six DHOC XK engine, to the previous C-Type but here the similarities ended. This car was designed to win races which meant it had to be as light as possible. This was achieved by providing monocoque construction (in other words there was no chassis with the the body itself supporting the engine and transmission equipment with the help of a lightweight subframe; the way in which most modern cars are made today) and to keep it aerodynamically stable there was even a vertical fin on the tail. The designers were passionate about reducing drag and this helped to give it a maximum speed recorded on the Le Mans Mulsanne Straight of 172.8 mph; when the 4.9 litre Ferrari could only manage a fraction over 160 mph.

Nevertheless in 1954 Ferrari still took the chequered flag. The Jaguar technicians buckled down to squeeze even more power out from the engine and in 1955 they took top honours at Le Mans; but in tragic circumstances.

Mike Hawthorn in a D Type was battling against Juan Fangio in a Mercedes-Benz and he was braking to come into the pits when an Austin Healey driven by Lance Maklin swerved across the track, possibly to avoid Hawthorne's car, and right into the path of a very fast Mercedes-Benz driven by Frenchman Pierre Levegh. Levegh's car hit the rear of the Austin Healey, launched into the air and into the crowd where it disintegrated. 83 spectators were killed and nearly 200 injured, many seriously. Levegh was thrown out of the car suffering fatal head injuries. It was the worst racing disaster of all time. At a subsequent enquiry it was concluded that the design of the track simply wasn't adequate for the high speeds that racing cars were by then capable of.

Mercedes retired from the race, and indeed from all other racing until 1989. Fangio in a Mercedes had been favourite to win but he was pulled out also. The Jaguar team decided to continue and took the chequered flag but it was a very hollow victory.

Jaguar competed again at Le Mans in 1956 and achieved only a sixth place but the race was won by a driver of a small Scottish racing team called Ecurie Ecosse in a D-Type against stiff opposition from Ferrari and Aston Martin. At the end of that season Jaguar pulled out of motorsport for a while but 1957 was the most successful year for the car, if not for the works racing team, with D-Types, driven by independents, taking an unprecedented five of the top six places at Le Mans, and Ucurie Ecosse achieving 1st and 2nd places.

By 1958 the Le Mans rules had been changed, possibly as a direct result of the 1955 disaster, and engine sizes were limited to 3 litres. Jaguar were left with the remaining stock of partly finished D-Types; which were no longer any use for racing. The Jaguar D Type was a very unlucky car.